AirDrop It has been one of the recurring solutions in iOS and that has been brought to Android with a series of alternatives to add that experience in the most installed operating system on the planet. We are going to show you some alternatives so that we can transfer files through connections such as Bluetooth and WiFi.

Related article:
What is NFC Android and what is it for?

Even this year Google announced the arrival of a novelty inherent to the system to be able to quickly transfer files between different devices in a fast way. And while it arrives, we have a few with which you can pass that content that you like among colleagues. Go for it.

Simple, AirDrop is a wireless file transfer system and secure through Bluetooth and WiFi connection. Being a system linked to iOS, only those Apple phones and tablets can use this system. That is, if you are on Android you will have to do one of the alternatives that we are going to teach you in this post.

The good thing about this system called AirDrop is that no internet connection required. In other words, it is not going to pull your mobile data, but Bluetooth and WiFi. That is, even if you don't have a local WiFi network, it won't matter, since it uses those two connections to "communicate" with the other mobile. Of course, and we repeat, it must always be between iPhone or an iPad itself.

Another of the highlights of AirDrop is that it uses data encryption for transferring those files between iOS devices. In other words, you want to be very sure that everything that you pass, be it images, videos, audios or whatever, will be encrypted end to end.

And if you have the Android limitation, you also have another one: you can't transfer files between iOS and Mac. In other words, you will not be able to send files to your computer and vice versa. This is how we are faced with AirDrop, but now we have switched to an Android mobile, how do we replace it? Let's continue then.

Snapdrop, a great alternative to Airdrop on Android

The great idea of ​​Snapdrop is to use their website for file transfer. That is, it does not have an app in itself that we can install and start to load the file and then the subsequent transfer. Although it does have another great advantage: we can transfer files between the mobile and the computer as long as the two are on the same local network.

We are facing a web app, so if you look at the top right, you have an icon of an arrow and mobile that allows you to install it on your mobile or PC and thus have a direct access as if it were the same application. Very useful if you get used to this web service that the truth is being very notorious for its ease of use.

A service linked to the speed of the WiFi and in which the current download and upload speed is not shown. Useful information to give us a better idea of ​​what it could take with 1GB for example. Yes you can activate notifications to receive the message download received and thus be more aware.

We can use rather for those images, audios or 10-50MB files so it works like a charm and is a real, hassle-free alternative to iOS AirDrop. Like another of its greatest advantages is that you do not need to install an app. We pass the link to the colleague, he opens it, and we pass files whenever we have internet.

Sweech plays in another league as it is an app dedicated to the use of WiFi to be able to make the transfer between any computer, tablet or mobile. Of course, apart from WiFi we need a browser to pass all kinds of files and make those transfers.

Although one of its advantages is that the recipient of the file does not need to install Sweech. That is, you have it installed, you pass the URL and your colleague will download the file ipso facto. This is a fact to take into account for versatility and use, since installing more apps, many are put back.

Related article:
How to transfer contacts from iPhone to Android

And the best thing is that you do not need a local network with an internet connection to make it fully functional. It has no file limit as well as the number of connected devices. Total freedom to transfer those files.

What we don't like is that a hyperlink is not created when the address is shared Through WhatsApp from which you have to download the selected file. That is, we have to copy it manually and paste it into the browser. Which is a step that could be saved to make it even faster.

Yes, we really like the download speed and a 1GB file has been able to download it at a speed of 10MB / S (maximum speed of the available connection) to have it in a matter of a few minutes. That is, it is as if you were downloading a file and here it gives Snapdrop a spin, which is much slower.

And of course, you can use it from any device that can open a URL, that is to say, all. 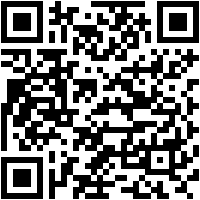 This Google app, and that recently even allows us to stream the content we have to the screen of our Smart TV through Chromecast, too allows files to be sent between different devices, although it works differently.

Here it requires the GPS to activate the location and the recipient of our files yes you need to have the app installed. In other words, yes or yes your colleague is going to have to download Files from Google; and that among other things it has an artificial intelligence system for file deletion and much more and thus have the system ready.

But going to what interests us, Google Files will use the WiFi connection, but also does not need a data connection. In other words, it asks for the GPS, that you both have the app installed and the WiFi for file transfer. It is a great app in itself, and perhaps it can help you if you are used to it. Like the previous one, it offers very fast download speeds.

It is not yet available, but we make a quick mention of Fast Share and that surely, and perhaps, when you read this article, it will be available. This system comes to replace Android Beam and like AirDrop, use a combination of Bluetooth and WiFi to send files and even texts to colleagues that we have next to us.

Best of all, with just a few keystrokes we will have everything done and that would be available for other systems such as Chromebooks, iOS, and Wear OS wearables. It will also be quite a hoot for not needing to install an app, which will help make everything more agile and easy.

We will see if we will have it soon in 2020, since as you can see, the alternatives have their things and in the end or not we have to delegate to an app or use a URL. Of all, you can already choose to replace Airdroid on your Android mobile.