The best racing games for Android They can include a select variety of titles from the most arcade to those more pulling a straightforward simulator. All kinds of games that put us behind the wheel of a vehicle that will allow us to reach the goal before others.

And in this list we are going to recommend the best racing games. Have some just awesome, while others throw more towards fun and of course, some of the latest arrivals that set the bar very high for future additions to the Android game store. Go for it.

We fire the starting shot with Mario Kart Tour. The new Nintendo game that in a matter of weeks has been able to monopolize millions of downloads and be one of the most played games on Android. It brings everything that has characterized the Japanese video game company and that it has achieved over the years to be one of the industry benchmarks.

Related article:
How to play Super Mario Bros for mobile

There is no lack of characters as iconic as Mario himself and a wide variety of options to have better vehicles. Attention to the circuits that bring us very good memories of the console versions and the expected multiplayer mode that is about to fall as Nintendo itself recently warned. A great racing game with all that Nintendo arcade touch.

A racing game that goes a different way and that differs a lot from the previous one for the realism of its graphics and its more "serious" tone. Although it is still another game that is capable of catching you with those spectacular graphics and feeling the engines roar at every step. If in Mario Kart we collect Nintendo characters, here we are going to have brands like Ferrari, Porsche or Lamborghini in our hands.

The circuits and locations are another of his highlights for a game that smells of gasoline and real driving; although later it is not that realistic simulation that we will find in the title that comes up next.

Simply is the best racing game currently on Android. It is a premium game unlike many on this list, but for € 10,99 you will have all its content for a payment. In other words, you won't have to wait to test each of its 100 cars and drive through 100 superbly rendered tracks to truly feel that each vehicle has its own unique driving style. Visually it is spectacular and you will be able to drive the most beautiful cars on the planet.

You can compete in single-seater races, tuning, touring cars, endurance, demolition, drifting, acceleration and urban. Of course, it requires a good machine so that your mobile pulls the turbo and those exhaust pipes sound like never before. The best on the list and recently released to Android (weeks ago).

A title that has been on Android for years, but that we cannot leave out of this list of the best racing games. As the name suggests, it is a racing game set in those beach buggies. If we had to put him in a category, he is closer to Mario Kart than the previous two. Although on a technical level he also plays his cards very well.

It has 15 tracks, a wide variety of powerups for your rivals to have a hard time and has a split-screen multiplayer that will allow you to play games with up to 4 friends. A good racing game with its horde of followers and that we are in 2019. 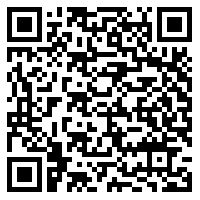 Fresh out of the oven and brings with it everything that has characterized Mattel toys. The Hot Wheels here are transformed into a whole racing game in which there is the spectacularity of pulling nitros and getting rid of your opponents. A racing game that is very well worked on visually and offers great sensations related to speed.

It has races in real time against 8 other players and a series of circuits so that you can discover some of the most famous locations in cities such as New York or London. A title that makes you feel what you always wanted from those Hot Wheels and that you also need a good mobile to enjoy it to the fullest. It is not one of the best games on this list, but it can be found for a simple reason: allows local games on WiFi with friends. That is to say, if you meet several colleagues at home on a rainy day, you can pull this title to have a blast while you pick yourself up with their multiplayer games.

We have 3 themes, 18 tracks, 24 standard glasses, augmented reality race mode, 7 powered pickups, 30 cars to improve, 18 Rev Head characters and that multiplayer WiFi that is very engaging. Visually it has a cartoon and Beach Buggy look, but it does not mean that it offers very good sensations and those expected bites when we talk about a local multiplayer game. 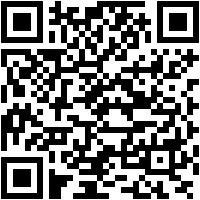 It is a simulation game that goes a bit off the list, but since it is the exception that meets the rule and is quite a game, we put it on the list. Here you are going to carry out all the management of a Formula 1 team and make decisions in the race with your two drivers trying to reach the finish line the first. Get ready to decide what type of tires they will ride on the start and decide when they will enter the paddock to change them.

One of the best racing simulation games and although we are not going to compete against other players, you will feel in your own person what it is to be in Formual 1. Attention to how you have to improve your team's vehicles and how you will have to hire engineer and more pilots. An incredible game that is based on the premium to have all the content for a payment. 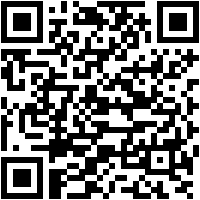 Electronic Arts brings us this great racing game from one of the most important sagas of the genre as are Need for Speed. It has everything that has made this series of racing games popular with amazing graphics, all the tension of dueling against other players and realistic environments with which to feel that of going almost "flying" on the road.

It has the most important brands in the automotive world and that if, since it is a freemium game, you will sometimes have to pull micropayments or your holy patience to get more content in exchange for your time. It falls behind the great GRID launched days ago, but it is another of the racing games to play yes or yes on your Android mobile.

CSR Racing 2 is a racing game but with spades between 2 players. It is that of accelerating at the right time and changing gears before your opponent. The view is almost lateral and will allow you to see how you go through it. You are not going to drive your sports car directly, but you are going to have a lot of content to improve your vehicles, buy others and continue to progress properly.

Of course, the variety of models that you can choose is one of its strengths. And it is an alternative like a racing game, although with other feelings and objectives. Here you will practically have to press the button to change gear at the right time so that you can reach the goal before the car with which you have stung. Graphically it is a luxury, so you already know what awaits you.

It is one one of the oldest games on the list, but still in great shape. Long ago you didn't have the option of being able to play multiplayer in real time and you only raced against the copy of other players managed by artificial intelligence.

Luckily, it was updated with a multiplayer mode that allows you to bite off against 7 other players in real time games and that puts a great punch on it. In fact, the update in content with major expansions has allowed it to be one of the most played and to have the best of the scores. It is the ultimate example that a game can be in the limelight for years as long as it is updated with new content and more modes. Again Electronic Arts does its thing.

We go to the rally and first person mode to enjoy the dashboard of our rally car. This game brings us to the ability to know how to take the curves so that our car skids and knows how to take them better than the rest of the opponents. It does have multiplayer mode in real time for you to bite with the rest to feel the emotion of rolling on mud and dirt. Get ready to drive on all kinds of circuits and get to know each of the 5 tracks that this title offers for free. If GRID is the best racing game on the list, Rush Rally 3 is the best of rallies. It is a realistic simulator that will really make you feel driving in extreme conditions and on circuits in which you will have to know how to straighten the steering wheel well to control the physics of your vehicle when cornering.

It is a realistic car game with more than 72 phases and all kinds of surfaces in which to demonstrate your driving skills such as snow, gravel, asphalt or mud. It also includes deformation of vehicles in real time and all this developed by a team that has already 15 years of experience in this type of simulators. There is no lack of real-time multiplayer mode and its € 4,99 is worth every euro that you are going to spend. One of the essentials if you are really looking for a real racing game. Wonderful. 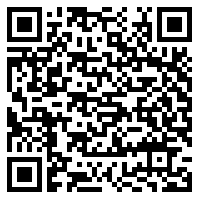 We return to the Hot Wheels, but here from another perspective: the side. You will have in your possession for free, and having a little patience and time, the ability to access more than 30 vehicles in more than 40 tracks with some crazy physics. The only thing left is to know that we are in a more arcade game and that it is the best contrast to the previous Rush Rally 3.

It is one of those driving games to have a good time and without many complications, although it does not mean that you can play it for many weeks. Graphically it has its own thing and it will require a bit of your mobile to see it in the best way. 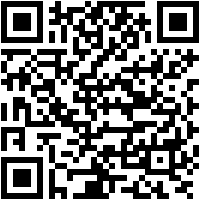 It is one of the best arcade racing games on the list except for Mario Kart Tour. It has been in the Play Store for years, but this has managed to have its horde of players who continue to play it thanks to updates with new content. We are in a case very similar to Real Racing 3 from Electronic Arts and that over time has improved a lot. You just have to look at the large number of reviews and the average score.

Although it doesn't have real-time multiplayer, it does allow you to feel like you're playing against other players (well, their copies). Attention to the circuits and the addiction that means improving your car to get more coins and thus buy others with better abilities. It is a game that has its own essence and that you can play from the first moment.

La Beach Buggy Racing Part Two Brings What Made The First Famous of the saga, but with more updated graphics. If Mario Kart Tour is a bit too far for you, perhaps the karts of this new title for Android may attract you more. With a great arcade tone, you can access more than 45 power-ups, its more than 40 vehicles and an object physics that makes your games very exciting. 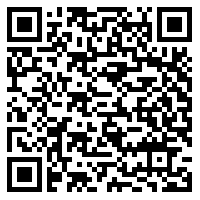