It has always happened that If a movie or series was successful in a very short time, the game would come out for different platforms. Whether it was consoles, computers, etc. And of course for our Android smartphones we also have immediate availability to spend hours embodying our favorite protagonist in the plot of that series that we liked so much.

Thanks to platforms such as Netflix, HBO, or productions of all kinds that have had an impact on the audience, we have seen how series of large audiences could be enjoyed in games. It does not matter if it is flesh and blood or it is about mythical cartoon series. For all of it Today we are going to see a list of the best games based on the most famous series.

We face one of the longest-running and most prolific series in the television world, and by extension you can find games of this series everywhere. But we mention this title for its playability and all the possibilities it offers. The strategy you use in this game will make you triumph or end up eaten by a zombie.

Create alliances, rebuild settlements to be safe, rescue survivors around the area, and do not forget to investigate for a cure to end the nightmare. Without forgetting the weapons with which to defend yourself from the zombie apocalypse to end them all. Find allies and make your strategic alliances to survive the horrors that are happening. Hope is slim but your life is at stake. 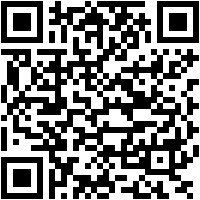 The Game of Thrones series dazzled millions of followers, and with it hundreds of games were created in the Android universe. But This title is one of the best, besides coming from the hand of Warner Bros. It goes without saying the purpose of the game, but in case you doubted it, you must annihilate the rest of the houses and get the iron throne.

Conquer the Seven Kingdoms and bring peace to the entire country, but don't forget that white walkers lurk on the other side of the Wall. Remember that the breeding of dragons can bring you a lot of luck and be decisive in the attack and defense of the throne. Dominate Westeros, create a great house and its emblem, your prestige will give you the possibility of creating strong alliances to defeat ruthless enemies, even remember that betrayal is a daily dish. Cult series wherever there are, and since it does not have several games at your disposal, but this is one of the best with which you can rebuild the town of Springfield that Homer has destroyed ... The nuclear power plant has exploded and everything has been devastated by the explosion, help Homer to rebuild everything and to reunite with loved ones and with beer.

Moe's Tavern, the school, the Krusty Burger ... everything must be rebuilt, take control and design a new Springfield full of surprises and characters as beloved as Barnie, Maggie, Lisa, Chief Biggun, and even Springfield's own soul Bart Simpson. Do not hesitate and play this fun title from such a mythical series. 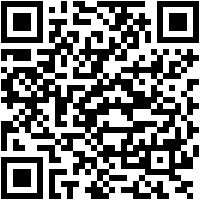 One of the series that has given the most talk, and that has had thousands of followers, could not be without its game for our smartphones. If you don't want to suffer "silver or lead" take the controls of the most dangerous cartel of the moment and begins to manage the business to determine prices, quantities, and bribes whoever is necessary.

You decide if you want to be the owner of the business by force, or you want to use other means such as bribes, or both. Persuasion methods are many in these businesses, in fact choose your allies well and always watch your back.

Build fortresses and hiding places with your defenses in the middle of the jungle, your laboratories must work at full capacity to get the merchandise out as soon as possible and make the income prolific. The smuggling path has never been easy.

It is the turn of Stranger Things, the suspense and A gang of friends must defeat the Demogorgon, a diabolical creature that wants to kill everyone. With a totally eighties appearance, it is a game in which you must solve puzzles.

We must explore and get to know Hawkings, a place that does not seem as quiet as it seems. Investigate the mysterious Mirkwood Forest, or the Laboratory where very strange things happen, in fact you will reach worlds unknown before to our friends.

Is the time to solve puzzles quickly, and show your friends that you are the fastest to solve themYou will also be able to use Lucas's aim, or Nancy's strength, and don't leave a waffle or a gnome behind, they will help you unlock game elements.

You can show how skilled you are on social media and challenge your friends.

You are a member of the FBI, you belong to the Behavior Analysis Unit, and you are going to put yourself in the shoes of the agents of Criminal Minds, the CBS television series, in its official mobile game. You will live intense hostilities and with a suspense that you must solve in the best way.

You are him Director of the UAC and you must lead your agents to hunt down the most ruthless serial killers from the city. Your agents Rossi, Prentiss, Reid, JJ, García, Lewis, Alvez and Simmons, will be in charge of lending you a hand to hunt down the murderous psychopath that has everyone scared, be a good boss and do your job.

You must follow up on the suspects, analyze crime scenes well and don't let any detail escape you, any clue can be crucial in hunting down the killer. Analyze the evidence and protect the public by catching the murderer in the shortest possible time. 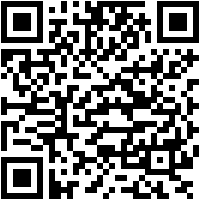 And we end this selection of television series games with the acclaimed Futurama saga. Game in which you are going to live exciting adventures, with all the characters of the series. You must build the city of New York and fight against different species of aliens that will want to kill you.

Explore unknown worlds with the important mission of saving a very curious universe. You will play with characters such as Fry, Leela, Bender or the protagonist of your choice from the great Fox series. Get ready for fun and continuous irreverence in this fun game with which you will spend hours entertaining.