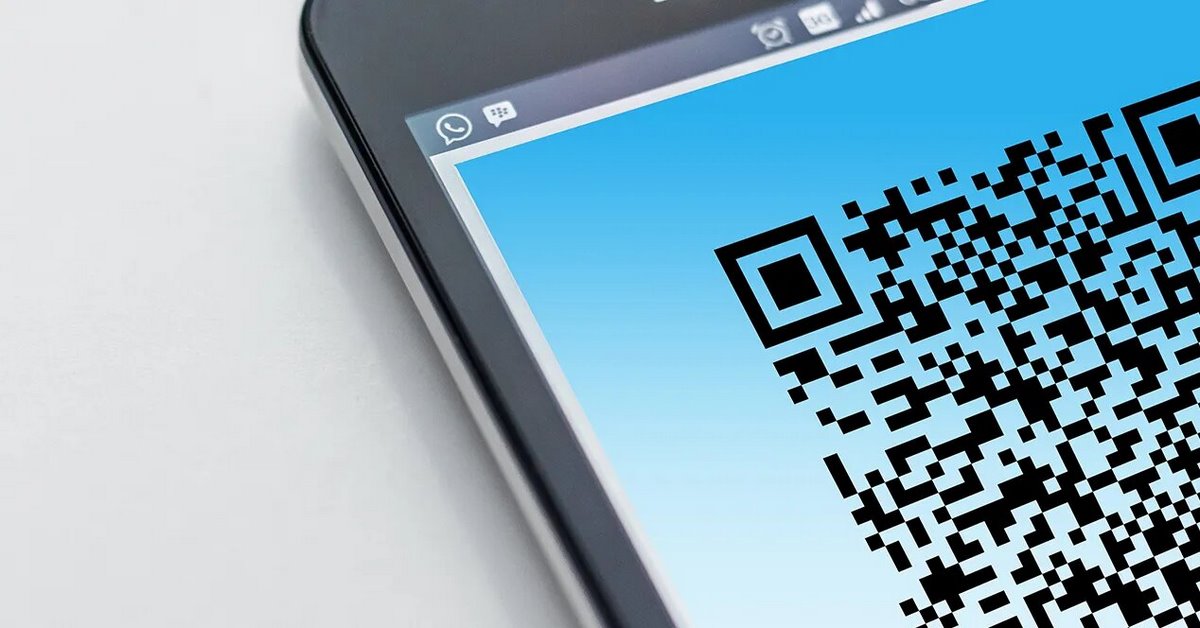 QR codes are something that have been gaining presence over time. We find them on paper, on screens and by scanning one we have access to a web page or the possibility of downloading an app, for example. Many users want to be able to read QR with the PC, a process that is different from doing it with our Android phone or tablet.

Fortunately, there are ways in which this is possible, so those who want to be able to scan or read a QR code with the PC they will be able to do it. We are going to show you how this can be done, so that a code of this type cannot only be scanned from the mobile or tablet, as is normal.

There are a series of applications that make this possible at all times. Therefore, we are only going to have to choose the app in question that we consider appropriate for it. We leave you below with a list of these applications that can be used so that QR codes can be scanned from the computer. Thus the process will be something possible from a device that is not the phone.

QR Code for Windows is one of the most complete applications available in the Microsoft Store that makes it possible to read QR codes from a PC. This is an app that surely many know, since it is usually the most recommended in this regard. When the app has been installed on the computer, when it is run for the first time, it will ask us for permission to access the camera, something that we have to grant in order for it to work.

The app needs to use the camera, so permission must be granted. Later, we can show that QR code that we want to read to the computer camera. In addition, this application will also allow us to read QR codes that are in images, so it is ideal for any type of situation in which we are going to have to read a QR code. It will not matter if we have a webcam or not, since it will work both ways. The app will not only serve to read a QR code, but it will also allow us to generate codes as well, thus being very versatile.

This application is available for your download completely free of charge in the Microsoft Store and does not include ads inside. Yes, we have purchases, to have additional functions, since we can bet on the function that allows us to create QR codes to add events to the calendar and send WhatsApp messages to a certain number, but this is something optional for users. You can download QR code for Windows on your PC through the following link.

Scanner One is a good alternative to the previous application, known for having some additional options that make it so interesting for many users. Its main advantage is that supports many different code types. Scanner One allows us to read Codabar codes, Code 39, Code 93, Code 128, EAN, GS1 DataBar (RSS), ITF, MSI Barcode, UPC, Aztec, Data Matrix, PDF417 and QR Code. So you can get a lot of use out of it.

Thanks to this application it is possible to read codes using the camera of our device, through an image and even from the clipboard, so whatever the surface, it can be used to read that code in question that we need. One of its disadvantages compared to the previous app is that this application does not let us create or generate codes, so this is something that some users may see as a limitation in its operation.

Scanner One is an application that we are going to be able to download for free on a Windows PC. This app does not include ads or purchases inside it, so there are no added costs or anything that will annoy or distract us. The app can be downloaded from the Microsoft Store, from this link. 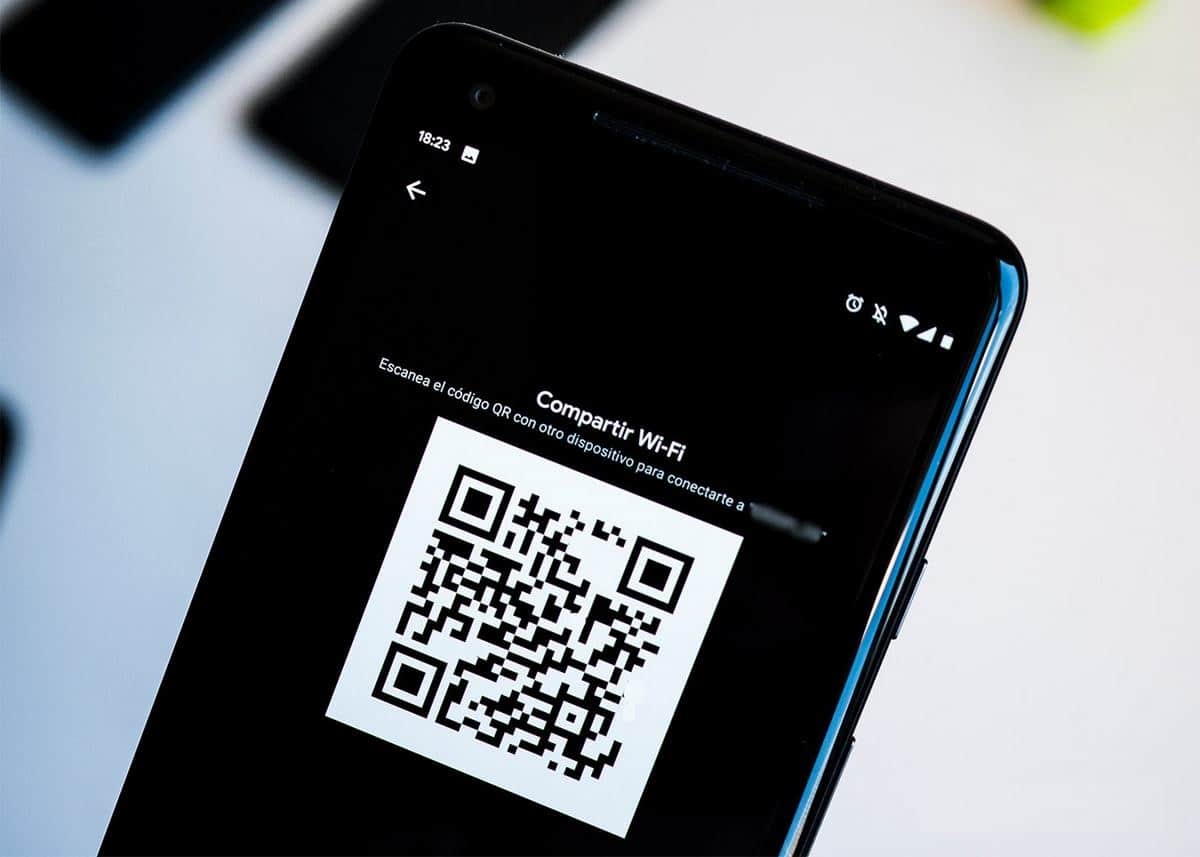 We may want to read QR codes from a MAC, in this case we will need apps different from those mentioned before. Luckily, we have good options too. QR Journal is one of the best options that we can use in this sense, in addition to being an application that we are going to be able to download without having to pay money, which is another important aspect for users.

QR Journal will allow us to read this type of code from our Mac's camera, as well as from an image file that we have stored in memory, for example. So you don't always have to show a code to the camera. In addition, the app will not only allow us to read or scan these codes, but also allows us to create QR codes, so it is one of the best options available in macOS in this regard, thanks to the fact that it combines these two functions in the same app.

QR Journal is an app that can be downloaded for free from the Mac App Store. This is somewhat possible via the following link. A good app for Mac, that fulfills in terms of functions and that stands out for being very easy to use as well, another of its advantages.

Mac users have a second option in this regard, which is the QR Code Reader app. This is a good alternative, especially since there are users who don't like the interface of the previous app. As with the previous app, we will be able to read QR codes with the camera of the computer or laptop, as well as from an image that we have saved in it. In addition, it also works with various types of codes.

This application also allows us to create QR codes with a URL, address, access Wi-Fi settings, call a phone number... So we are going to have quite a few functions available within it, as you can see. QR Code Reader is an app that is available for iOS and macOS. It is available, however, for computers with the Apple M1 processor or higher. So it is something you should keep in mind if you want it to work on your computer.

What are QR codes 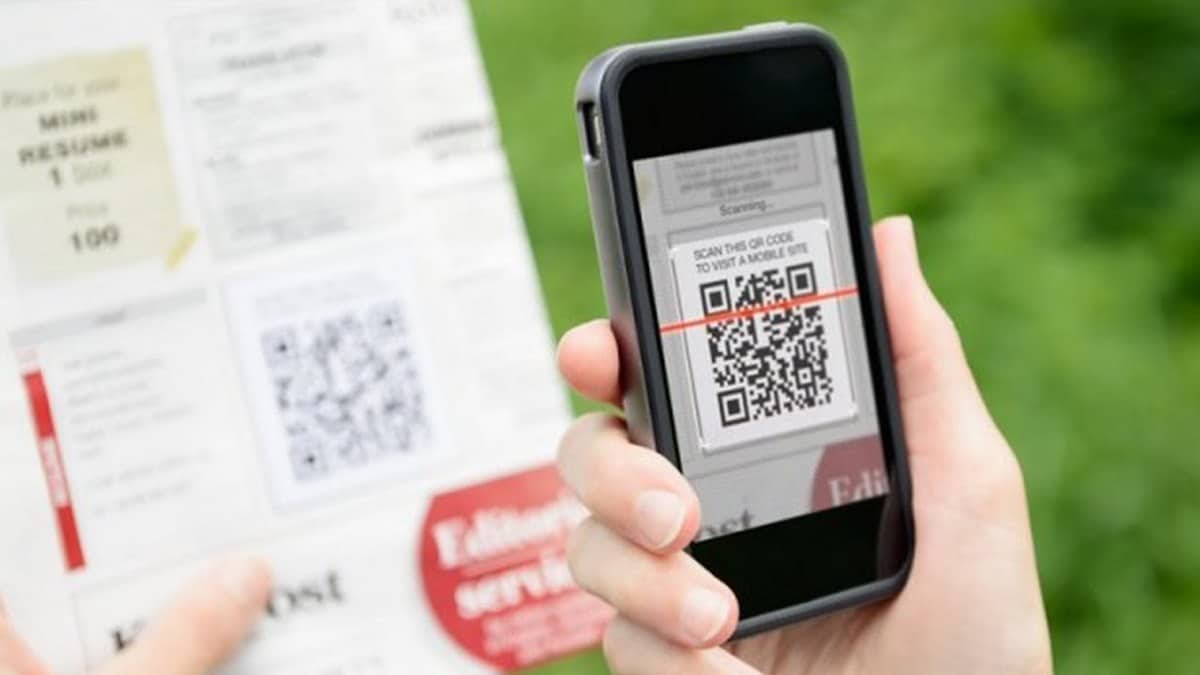 QR codes are a graphic representation that will redirect us to a web page, in most cases, where we can expand the information displayed next to the code. The use of this type of code is very extensive in tourist areas to learn more about a place, medical centers to identify patients, government agencies, in public transport, in bars to place an order from the table and even on credit cards. visit. Although for years it has been seen that its use is expanding significantly in all kinds of sectors.

These types of codes can be static or dynamic.. Static QR Codes are created for a single function and cannot be modified in any way. If we want to change the functionality of a QR code, then it is necessary to use dynamic codes. The dynamic codes are very useful for restaurants and businesses that, through a code, will be able to modify the information they show depending on the time of day or the day in question. So it is always kept up to date in this regard.

In addition, it also allows you to collect usage data, being ideal for knowing the scope of any advertising campaign that has been organized by a company. This is one of the reasons why we see many stores or brands that use codes, so that we access their website or a website where we can have a discount, for example.

Normally, we will use the mobile to scan said QR code on occasion. On most current Android phones, simply point the camera at the code. When doing this, a URL will appear on the screen to click on, so that website to which the code in question wants to take us will then open. This is not something that is going to have too much hassle for users.

It may happen that on some Android phones, especially those that are a couple of years old, you have to use a special app for it. That is, the camera app will not be able to scan that QR code natively. So users will have to download a QR code reader to make it possible.