Deleting apps on Android is a very common thing. It's been a while since we used this app for the last time, so it doesn't make sense for it to continue taking up space in the mobile's storage. It may happen that we have removed an app or game that we should not remove from the phone. If this happens, knowing how it can be restored is a huge help.

The operating system gives us possibilities to restore deleted applications from our Android mobiles. Thus, if we have changed our mind about an application or game removed or it was a mistake, we can have it back on the phone. It is something that may be convenient to know, since we will surely use it on some occasion.

Restore from the Google Play Store

The Google Play Store is the official app store on Android, which comes installed on devices with the operating system. The vast majority of applications or games that we have downloaded come from this store. It is a store where we have a huge selection of applications and games available. In addition, it is the safest option in this regard, due to the security controls of tools such as Play Protect.

This store is associated with the Google account that we use on our Android smartphone. For this reason, everything that we have downloaded from it is registered. There is a history of the applications and games that we have downloaded over time on our phone or phones, all those that were linked to this particular Google account. So those applications or games that we have removed from the mobile will also be on this list, so that we will always be able to find them. It is an especially convenient option in this regard to restore deleted applications on Android.

Of course, this is something that will depend on whether we have downloaded apps from this Google Play Store or not. There may be times when we have downloaded an app from an alternative store, because it is not available in the official store. If this is the case and we have removed this app from the mobile, there is no record of it in the Play Store. Also, if Google is the one who has removed an app from the store, due to security problems, it will not appear in the registry either. Neither apps have ceased to exist will be in this history.

Thus, if we have downloaded apps or games from the Play Store, this is the simplest method to be able to restore them on Android. As we have said, the store records all the applications that we have downloaded over time in a section. So we will be able to find this application that we have removed from the mobile and we will install it again, to be able to use it. If said app has been removed by Google or the developer, then it will not appear in this history in the store. The steps to follow to restore deleted applications on Android from the Play Store are as follows:

In case there are more apps you want to restore, you will have to follow the same steps with all of them. There may be apps that are not on that list, because they have been removed from the Play Store, for whatever reason. In any case, in this way you will be able to restore those deleted applications on Android and you will be able to use them again on your phone. This process is not complicated and it is a really simple way to be able to do this on a device with the Google operating system.

Users with Samsung phones also have an additional option. These devices have the Galaxy Store installed out of the box, the brand's own app store. You may have made use of this store when downloading games and apps on your Galaxy smartphone. If this is the case, as is the case with the Play Store, this store also keeps a history of the applications you have downloaded from it. So you will also be able to use it to restore this deleted app on your mobile.

This is an option that can be especially interesting if we have downloaded Samsung's own apps, which we have mistakenly deleted. The brand has many of its own applications, especially in the field of phone personalization. So if you have had any of their apps on your mobile, but you have deleted it, you will see it in this history in the store. Here are the steps to follow if you have downloaded apps from the Galaxy Store and want to restore them:

It is a similar process to the one we have followed in the Google Play Store, albeit somewhat shorter in this case. The Galaxy Store puts all the apps that we have downloaded from this store in the same section, both those that we still have installed and those that have been deleted can be seen in this list. So our task is just to search for this app in question that we want to restore and thus we can have it again on the mobile. As the Samsung store has been used, the updates will also depend on this store. So you will have to be careful in this regard.

This is an option that we can resort to if the removed apps did not come from official stores or if we have forgotten the name of the app in question. It may happen that we have deleted an app and after a while we want to have it back on Android, but we are unable to remember its name. Also, we are not sure whether we downloaded it from the Google Play Store or not, so the process of restoring this app becomes a bit more complicated in this way. App Recovery is an application that will help us in this regard.

Since App Recovery is an application that will help us to restore any of the deleted applications on Android over time. This app will take care of finding the apps that we have removed from the mobile. Also those whose name we no longer remember, so that we will be able to install them again on the phone. This application allows us to see a large amount of information, as it is possible to see which apps we have recently removed from the phone, in addition to giving us the dates of installation and removal of the apps on mobile. So we can see when we have uninstalled a certain app from the phone in a simple way. This way we will be able to see that deleted app and we will be able to use it again on our device, exactly what we wanted in this case.

App Recovery is an application that takes up little space on Android and that is presented as a good help for users. Those apps whose name you can't remember or that you can't seem to find, but that you want to have again, you will be able to find them thanks to this application on your phone. So it promises to be a good tool to take into account in this regard. The application is available in the Google Play Store, where we can download it for free. There are purchases and advertisements inside, but we can use it without paying money. You can download it from this link: 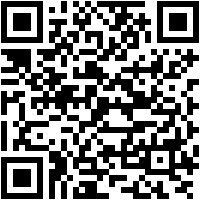