Crab is a voice assistant for Apple devices that allows you to perform any action through voice commands. However, thanks to its efficiency, many people have wondered if it is possible to download this tool on Android mobiles.

That is, to be able to send voice messages directly on their devices, and that the voice assistant (such as Siri) performs actions such as reading messages, playing music, setting an alarm or telling you the news of the day.

Regrettably this is not possibleSince, although there are APKs (files that contain an app) that provide this assistant, the ability to perform tasks is not very good as they are fake versions generated by fans.

Luckily, there are other alternatives to Siri for Android that have almost the same number of features included, and even have improvements in different aspects of the system. The main apps in this case are:

It is the main tool Siri equivalent for Android, since it allows you to complete any function just by saying "Ok Google" and then commenting on what you want the system to do.

It has the ability to play music, watch videos, Google any topic, set an alarm, go to a contact section, make calls, send emails and even text messages.

Likewise, it allows link with different Google services, like “Google Maps”, since it offers routes or locations in real time.

The best thing is that its download is completely free and on many Android devices it is factory installed. It is activated by saying "Okay Google" or within the Google app, on the microphone icon. Robin is an excellent voice assistant, and that provides a host of hands-free functions including weather reception, news search and even setting playback topics.

It is easily configured and allows you to create alarms on the fly, as well as run publications on social networks such as "Facebook" or search in the Google browser.

Your voice options are so varied that even offers the alternative "Tell me a joke", where "Robin" looks for different alternatives in your main browser that can have fun.

It should be noted that this application is still in a beta version, but it provides a lots of updates every month to solve internal problems, so it offers a quality service.

Of course, if you have to keep one, we recommend the Google Assistant.

It's one of Siri's core competencies, and it works for a large number of devices like ZTE, Samsung and even Huawei, although all must present advanced versions of Android (which will not be a problem, because almost all mobiles come from the factory with the latest updates).

It allows you to create shopping lists on Amazon through your voice commands, manage music, manage social networks, activate sections of the device and many more options.

Likewise, it manages to link with other devices to control them remotely, this assistant being one of the favorites for smart homes due to the large number of functions it offers.

In addition, it manages to adapt your voice and vocabulary to its system, to have a better efficiency at the time of completing the tasks that you personally order it, and to block itself when another person specifies a function if it does not recognize that it is you. Its main function is to serve as a version of Siri for Android, since it adapts perfectly to said operating system on all phones with versions higher than 4.4.

The assistant is known as "Jarvis", referring to the artificial intelligence butler that "Tony Stark" possessed in the comics when he became "Iron Man".

It has a lot of features included, and the best thing is that request different permissions to be used, and in case you specify a task for which it is not adapted, the app tells you how you can grant it access.

It has a "Dark Mode" included so you can change its main key to a darker tone, although it provides other more colorful themes in its configuration that are very easy to set.

It is an artificial intelligence assistant that presents all the functions of Siri for Android and add some more, because it is more developed and presents interactions with you during your task request.

It allows you to play videos from the gallery or YouTube, open a specific section of the device, manage contacts from the calendar, search for information about the weather and create preventive alerts.

As well manages to translate texts, find locations, set notes and even tell jokes found within the main pages of Google Chrome.

The best is that has a rating of 80/100 According to critics of the web and its download is completely free, requiring predetermined permissions from the beginning of the installation.

It is a voice assistant that works only with notes section of your mobile, where you can create, modify or delete content that is in that section.

It does not have default voice commands, since only by activating it and specifying the type of note or reminder that you want to put, it writes or deletes it alone.

It has an "Automatic mode" integrated, with which it tells you orally all the message it has received from you so that you can verify if it is correct. And, if it is, it automatically writes it in the notepad.

Equally, works in multiple languages (the main one being "English") and allows you to share events that you have created with contacts, although you can do this only manually. 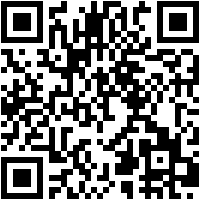 It is an application similar to Siri for Android that offers a hologram of a woman named "Nicole" that performs all the functions you specify.

It allows you to call anyone and manage different contacts that are located in the phonebook. It also manages to search for any type of content that is available on Google.

Lets open any alternate app just by specifying it and it presents a feature in which it answers all kinds of questions you ask about any topic. 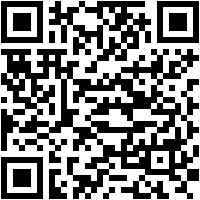 Although it is not exactly like Siri, it is an excellent help system for children who are still in school or for users studying at university, thanks to the fact that schedules and organizes schedules in the way you want.

In addition, it allows you to save content as homework and set preventive reminders for exams or events of great importance that will take place in the classroom.

It has a section of "Manage your time" that allows you to know the period it takes to perform a predetermined action. Likewise, it manages to store important information about teachers such as their names and telephone numbers. It is a virtual assistant very similar to Apple's, which requests your personal information such as gender or birthday to achieve better communication with you.

It allows you to save notes, translate different voice texts, search a large number of aspects in Google, set reminders at a predetermined date and time, and also set locations in real time.

The best thing about this application is that it allows have interaction naturally, that is, it does not have commands unlike "Google Assistant", so you can simply indicate the task you want it to perform and it will do it.

In addition, it allows configure aspects of your mobile (if you give permission) to the mode you want, either to increase volume, enable power mode, make changes to the keyboard or screen and other aspects. 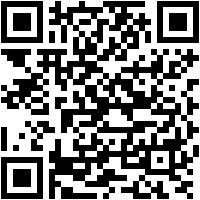 It is a tool that is predetermined to function as call assistant, since with it you can specify whether or not you want to answer a call through a voice command.

Likewise, before answering it, you can specify "Speaker" to accept the communication and activate said feature immediately. You can also customize it so that I acted according to the words that you want.

You can adjust its default theme according to one that you choose and you can also add photos that are in "Gallery" or in the internal storage of your device to its background.

In addition, it allows block access to a frequent callIn other words, a voice command can be used so that a contact number is positioned on a “Black List” and no more calls are accepted from it. 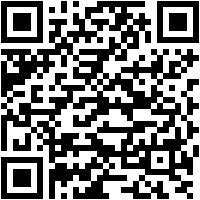 It is an alternate application to Siri for devices with Android operating system, which refers to the character of "Friday", the latter being the assistant of "Tony Stark" in Marvel movies.

Grants almost all the options mentioned above in the tools, only in this case it allows to establish more direct conversations with the platform.

This is because, you can ask anything and "Friday" will answer automatically, regardless of whether it is a question about history, philosophy, biology or about sports information from the last days. Works directly as a notification wizard, since it allows to know information about an incoming call and the contact or number that makes it, as well as messages that are received at a certain time.

It is available in any language, and allows you to manage the ads of applications, including social networks such as WhatsApp, Facebook and others.

Finally, grant the function of set sound equalizer settings, on the range, tone and other aspects in the type of voice with which he will converse.

I think that with this we already have a more than enough list of alternatives, but we are open to proposals. If you want to leave your opinions or add some more, don't forget to leave us a comment.

Full path to article: Android Guides » Android tutorials » Siri for Android: is it possible? What assistants can we use?