Many iOS users have been captivated by the emojis their devices use., they are quite different from the ones used in Android phones. If you are in love with them, the best thing is to be able to use them outside their environment, including in your Xiaomi terminal if you wish.

Emojis make conversations very happy, many people even use them to show mood, greet and even say hello on many occasions. If you are one of those who prefer to use iPhone emojis on Android, it is best to export all of them to the smartphone you are currently using.

If you have a Xiaomi phone you can put iPhone emojis, all easily, either by installing applications or without the need for it. Having emojis of this type will make you stand out from the rest and be able to use those emojis with the contacts you usually talk to very often.

With apps and emoji packs

Among the options, users they have at least two options of wanting to use iPhone emojis on Xiaomi, the first one is using applications. The emoji packs is another option, with this the option is varied, it will always have thousands of them, in addition to having several keyboards to choose from.

Related article:
How to create iPhone emojis on your Android

Emojis give a lot of life, that's why many people don't get tired of adding to their network of contacts, adding many of them to the icon tray. Many iOS customers are afraid to migrate to Android due to losing a lot of emojis, but emojis can be exported with apps and packs.

It is a perfect keyboard for Xiaomi devices, being the same one used by the iPhone X and iPhone 11. It has thousands of emojis used by the devices created by Cupertino, being the best application, one of the best valued and at the same time light to use on any smartphone from the Xiaomi manufacturer.

Installation requires nothing more than downloading the installer from the Play Store, then selecting the new keyboard from the options and starting to use it. With Emoji Keyboard 10 you will have all the iPhone emojis, enjoying all of them on your Xiaomi terminal, but it is functional on other phones with the Android operating system.

Language support is extensive, with Spanish being available, including more than 40 languages ​​apart from Spanish, English, among others. The app's grade is not too high, despite this it meets perfection, being one of the favorites of more than a million people who have already tried it. It has 2,9 out of 5 stars. 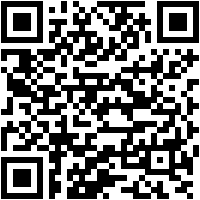 One of its great positive points is the great similarity of the iPhone keyboard, to this he adds the iOS emojis to finish off the job. The developer has worked hard to create the keyboard, being fast as well as quickly interchangeable with Gboard or Swiftkey.

The installation requires having a little space on the phone, just under 10-12 megabytes, as well as changing the keyboard in the device settings. Keyboard Al Style OS 12 is out of the Play Store recently and had a great acceptance of the users of the store.

One of the few drawbacks is that it shows an ad above the keyboardor, which is the only negative thing that you see at first sight to Keyboard Al Style 12. The application you can download from APKPure, it weighs around 2 megabytes and requires the installation of third-party applications to be external to the Play Store.

How to put the emojis with a font

To put iPhone emojis on your Xiaomi phone You will only need an application and a font, more than enough with these two things. The source is uploaded to the Mega hosting service, so it is downloadable as long as it is on the server, this type of file is not usually removed from the base.

Related article:
Bitmoji: How to Download and Create Custom Emojis

The process is to install the APK, so that later the ttf gets to do the effect of the emojis, to that he adds some realistic sources that will be the sensation. To carry out the process, follow the instructions: Emojis on WhatsApp usually work quite well, so the best thing is to install a pack with which to show it off in conversations with your contacts. The application, like others, is no longer available in the Play Store, despite this the installation can be done thanks to being able to be installed from outside the Play Store.

zFont Custom Font Installer includes, fonts with varied designs, emojis as it happens in iOS, plus a variety of options. The interface shows everything by tabs, among which there is no lack of Emoji with the packs available to use, among which are the aforementioned iOS ones.

zFont Custom Font Installer installer is available in APKPure, weighs around 12 megabytes and can be opened by launching the application. It is one of the best emoji packs, counting on the entire series and also the user has the option to change emojis if the selected pack bores him.

The application does not require a lot of user experience, you just have to select the pack and start using it on WhatsApp as if it were another app. It has a clean interface, includes many extras and is constantly adding improvements by the application developer. It is supported by all versions of Android, ranging from 4.x onwards, including the most recent ones, including Android 12.